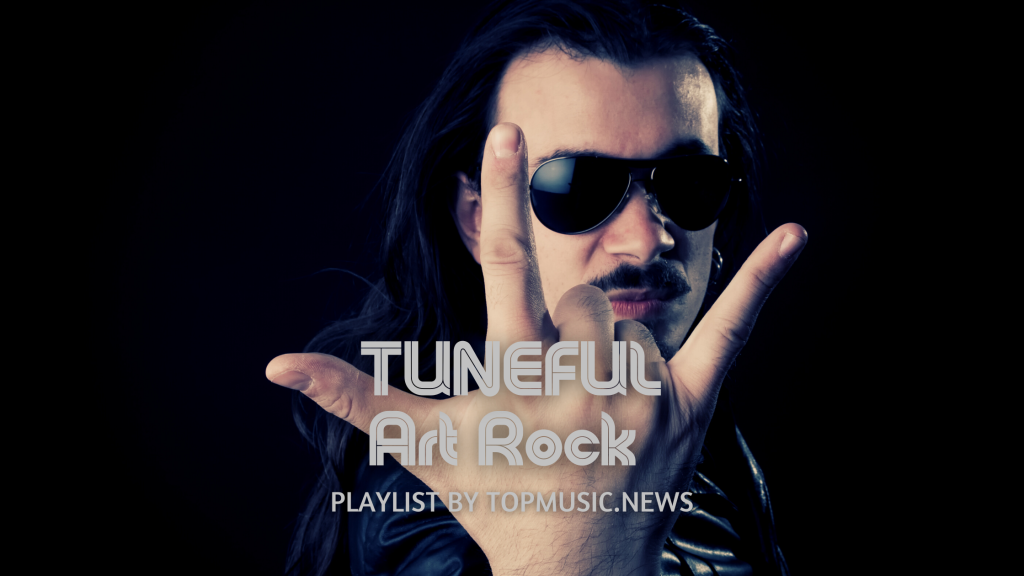 Music is one of the great pleasures in life — everyone has their own preferences, whether it’s country and western, hip hop, techno, or indie rock.

Indie music is more than a genre — it’s an attitude and a philosophy of doing things from the heart and keeping it independent.

Indie artists are small-time entrepreneurs who are making great music and trying to get their share of the spotlight. But how can you discover them?

Some of the best music is independently produced by unsigned artists. I like indie music and have created a playlist on Spotify of all my favourite songs. Here are some of the tracks ( I’m sure you’ll love them!).

You can listen to our full playlist below, or check out each artist individually by scrolling down the page.

Featuring prog-rock elements that are laced with pop-infused melodies, Nobody’s Friend by MARTA PER appeal to listeners from the first note and gets them teetering on the edge of their seats until the very end.

It is broken up into different sections that are smoothly interconnected, providing tension and release in all the right places, and enticing you to embark on the journey as well.

The band is based in London, England, but it’s easy to see why their music can appeal to people all over the world.

This song has an alternative rock feel, but it also has some pop elements to it as well. The instrumentation is simple, and it works incredibly well with the vocals to create a truly beautiful sound.

If you’re looking for something new and different in your music library, this single from MARTA PER is sure to be a hit with you! Follow the artist on Spotify.

If you’re looking for some indie rock with a dreamy, melodic vibe, look no further than ESCAPADES and their single “Old (Merciful Sessions).”

The band is based in Manchester, England, and they create music that is both alt rock and dream pop. They’re known for their guitar-washed-out/shoegaze style that combines pop guitar riffs with dreamy vocals from both male and female singers.

“This is our live studio recording of our set favourite ‘Old’, with help from the guys over at Merciful Sound in Liverpool. We have had this track in our setlist for as long as we can remember, and are incredibly proud of the live version. Hopefully, this gives you a little taste of our sound when we play live.”

If you’re looking for a different kind of indie rock to add to your Spotify playlist, be sure to follow ESCAPADES on Spotify!

Poison Oak is a band based in Australia that has just released their single “Hope You Like The View.” The song features male vocals and classic sound that will definitely have you dancing around your room while jamming out.

From Poison Oak’s newest release, comes as the third single, Hope You Like The View. The theme of the song revolves around choice, and sometimes how one’s choices affect those close to them.

They are known for their unique style of music that combines elements of punk rock and pop alternative to create an energetic sound that will keep you coming back for more. Their latest release is just one example of why they have such a dedicated fan base.

I just loved their sound. If you’re looking for some new music to add to your playlists or just want something fun to listen to while you work out or drive down the highway, make sure you check out this artist’s entire discography! Follow the band on Spotify.

If you’re looking for a new band to follow, you should definitely check out BEALBY POINT.

Their latest single, “Say It Anyway,” is an indie rock song that reminds me of the early ’90s. It’s got the same kind of nostalgic feeling as some of my favorite alternative rock bands from back then like Live and Toad The Wet Sprocket. I just loved it!

“‘Say It Anyway’ is a song where the theme is revealed through the chorus. The verses and pre-choruses are melancholic and reference contemplated thoughts. When the chorus comes around, these thoughts are dismissed and overpowered by an attitude shift culminating in the prose ‘I don’t really care about this. Like anyone, I’m trying my best.’”

You can find their latest single on Spotify, and if you like it, I’d recommend checking out their other songs as well. Follow the band to support their great work.

If you’re looking for some alternative rock, post-punk fusion with a psychedelic explosion, or even a little hard rock, look no further than BAD FRACTALS. The band is based in London and has been releasing new music for some time.

Their most recent single, FreeRange, is a catchy mix of the genres that they play so well: it’s got bluesy guitars and rocking drums with a twinge of psychedelia that makes it feel like it could have been recorded 50 years ago, but with a very modern and strong rocky taste.

“I wanted to sound like a machine that’s completely out of control. Like a factory churning out undigestible words for mass consumption.”

If you’re interested in checking out more of their work, they have an entire Spotify playlist devoted to their songs—and if you’re not already following them on Spotify, now’s your chance!

A new single from Tobin Rock is out, and it’s a great addition to the indie rock band’s already-impressive catalog.

“Living in a world coming out of the pandemic and facing continuous challenges, this song is a reminder of the awe-inspiring power of human resilience, and the drive to push forward and ‘Breathe Again’.”

The band from Chicago, US, releases their new single, called “Breathe Again,” and it’s a gorgeous alternative rock anthem that carries you through your day with its uplifting melody and powerful lyrics.

If you love indie rock music from bands like The Shins or Death Cab for Cutie, you’ll love Tobin Rock! You can listen to the band on Spotify an follow to give your suuport.

The singer-songwriter KAILIE SIMPSON is based in Bloomfield, New Jersey, and her single Question Everything is a cool blend of soft rock, commercial soul, and classic rock. It’s easy to imagine hearing this song on the radio—and it sounds like it would be right at home with other tracks by female artists like Adele or Amy Winehouse.

“I wrote this during a time of complete confusion. The world as we knew it was no longer and there were lots of conversations that pulled us every which way. I found myself more curious, and more defiant. Not wanting to mold to any one side or opinion. Challenging people’s stances and getting to my own ideas and conclusions. There is something to be said about the younger generations. Throughout history there is this urgency in us all. We long for change, unity, and peace. Just listen to any decade of music and the overall messages are similar. Question Everything” is that for me, and I hope it can be the same for the listeners as well.”

In addition to being great music, Simpson’s album also features lyrics that are so beautiful they could almost be poetry. They actually based in poems, for real. If that doesn’t make you want to listen immediately, we don’t know what will! Give your support and follow the artist on Spotify.

I’ve been looking for new music to add to my Spotify playlist, and I found this EP called City by the band Temple Solar. I love 80s gothic vibes and dark wave, so when I heard their song “Silent Dance,” I knew I had to check them out.

Their sound is full of darkwave/post-punk sounds that will have you dancing in no time. You can find different references in their work, I noticed style influences range from Joy Division to The Cure to Siouxsie and the Banshees, so their music has a lot of gothic vibes, but also feels modern and fresh.

“We’re a Chilean dark wave band and in our music we tried to make a picture of our capital city: Santiago. With the searching of elegant and dark songs, we believe that the journey through the EP can reflect perfectly our feelings when the night comes here, in the last place of the world, Chile.”

If you are curious about their work, don’t hesitate, follow the band on Spotify.

We’re always looking for new music to add to our Spotify playlists, and we were thrilled when we found AZA BROWN. They’re an indie rock band based in Chesterfield, England, and they released their single Afterthought this month, it’s fresh.

The song is a great blend of art rock, retro sounds with just a hint of latin, making it cinematic ready. Really, I felt as inside a film.

The soft rock he created was mixed with a special latin tune thrown in for good measure. It’s a great track to listen to if you’re looking for something energetic but also mellow—it’s perfect for kicking back after work!

This not only about the sonund, but about the lyrics too:

“The lyrics just came to me straight away with the music, but I wasn’t actually in that morose place of dejection any more, so I needed a way to turn the song on its head – I integrated my dark side!”

We love how AZA BROWN has put out so much music over the years with such different styles. If you like Afterthought (which we definitely do), then be sure to watch his music video, and check out his other songs on Spotify as well!

SANO HILL brought us more. The Galway-based band’s single “Starting Over” is a sweet and soft acoustic track with beautiful melodies, an uplifting chorus, and just the right amount of angst to make it feel real.

“Starting Ove is the second single from my forthcoming debut album which charts the course of a relationship from hopeful beginnings, to emotional crises, breakup and recovery, it’s a song of overcoming, reconciliation and renewal.”

The band’s sound is a mix of soft rock and indie pop—think AC/DC meets Coldplay—with lyrics that’ll pull on your heartstrings.

We’re so excited about this band’s new single that we want to invite you to follow them on Spotify so you can keep up with their latest releases!