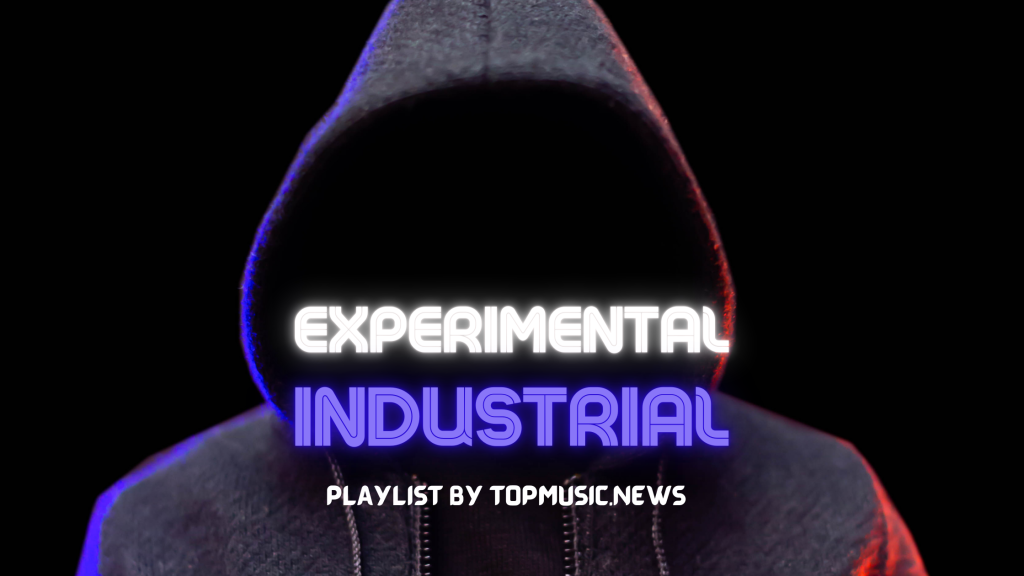 Have you heard experimental music with industrial effects? It’s boring until you’ve heard these bands, so open your mind and let’s try soundtrack style music now.

They have a unique sound, different from others. These artists are combining weird sounds to create thrashing outbursts which will blow your mind.

There are many ways to experiment with music as an artist and I was recently exposed to something new: experimental electronic music with industrial effects.

We live in this digital era where anyone can create music with the help of music production software. This has led to the popularity of independent artists and their music. The sound that is being created today is unique, fresh and creative.

The sounds of Dave Hawley‘s Gift Horse album are a dreamy, avant-garde experience. The album is a great example of what experimental artists can do with music, and it’s perfect for anyone who loves art rock or prog rock.

The music on this album is quirky, with a sound that is often described as “cinematic” or “soundtrack.” The songs have a lot of different instruments, including percussion and keyboards. Each song has its own unique feel, but they all flow together well as an album.

This album is definitely not for everyone—it’s best listened to in small doses at first—but if you’re looking for something new and exciting, you should give this one a try! Don’t forget to follow the artist on Spotify.

I was blown away by the new album, Sand, released by an independent band called TEXTURE PACK. This is electronic experimental music at its best.

The album is like a trip down the rabbit hole, as it explores a variety of genres from leftfield to garage and experimental to EDM. The songs are instrumentals and have a great groove that will keep you dancing all night long.

I really enjoyed this track because it has a very upbeat sound with layers of EDM effects and instruments throughout, which makes it feel very rich in texture. Check it out and follow the band on Spotify.

The single Melbourne Afternoon by Damien is a trip. It’s dark, it’s gothic, it’s post-punk, it’s experimental, and it’s got male vocals that come across as eerily reminiscent of Siouxsie Sioux.

It also has a great deal of electro-industrial sound to it—which is kind of a dream come true for anyone who loves the genre. The whole thing feels like an escape into another world, and that’s what I love about this album.

The songs are all very experimental in their own way—a few feature traditional instrumentation and some don’t even have lyrics at all! Instead, Damien relies on vocal effects to tell his story instead of words.

If you’re looking for something different from the norm this summer, give this album a listen! Follow the artist on Spotify.

4) THE QWARKS – Throne Of Your Grace

The Qwarks are a band based in the UK, Brighton, that blends darkwave, alternative rock, psych, prog and punk to create their own unique sound.

Their latest single, “Throne Of Your Grace,” is an experimental track that combines noise with quirky vocals and a heavy bass line to create something truly unique.

The song begins with soft drums, but soon becomes chaos, a bassline that builds up to an electronic drum beat. The vocals are rhythmic and add to the quirkiness of this song.

If you enjoy this type of music then be sure to check out their other releases on Spotify, and follow them!

SCREAMING BONES is an experimental band that has released an album called It’ll All Come In Time. This album is full of groovy post-rock tunes that will make you feel like you’re floating through space. The band combines elements of psych, post-rock, and shoegaze to create an intense listening experience. If you’re into instrumental music or cinematic soundtracks, this album is for you!

It’s hard to find a band that blends psych, experimental, and post-rock in a way that doesn’t come off as a little too forced. But SCREAMING BONES’ single It’ll All Come In Time manages to do just that. The song “Open The Doors” is a great example of how seamlessly the band can blend these genres together with their own unique sound. They make it sound so easy!

They have very long songs, one of them, Journey Through Your Inner Cosmos Pt.1, is 13 minutes long. Part 2 is 20 minutes long. The trip must be a bit long, so they prepare the audience for that. Check it out and follow the band on Spotify.

It’s hard to describe the music of Bloomfield Machine. It’s like chillwave, electronic and industrial, but it’s also like soundscape, instrumental and cinematic, but it’s also like a soundtrack; euphoric and leftfield. In fact, it’s all of those things at once—and then some.

The band is comprised of two members, their album Joyology was released this year, but it’s not their only release on Spotify. Follow the band for more, my favourite single is 11 Shades of White.

This kind of work is for professionals from the film industry and fans of chillwave, electronic, or industrial sounds, and those who want something a little more contemplative and peculiar than the average dance party playlists.

The band MONKEYRAT released their single “Isolation” recently, and it’s a groovy tune that will have you moving your body from head to toe.

The song is a perfect blend of multiple genres. It’s got the sounds of art rock, psychedelic, drone, soundscape, cinematic and experimental music all at once!

The best part about this song is its ethereal vibe. I can’t explain with just words but the song is calm at the same time that it’s Rock n’ Roll.

If you’re looking for some new music to listen to on your way to work this week or just want something fun to listen to while you’re chilling out after work tonight then definitely check out “Isolation” by MONKEYRAT! Follow the band on Spotify.

The music of CHIP PIRRS is a journey. It’s an exploration of sound, an opportunity to let your mind wander and drift. It’s an album that invites you to sit back and relax but also leaves you feeling exhilarated.

The album A.S.M.R. is an alternative experimental atmosphere but also features soundscape effects, drones, and electronics, such as a psychedelic musical experience.

It’s all produced by an independent artist from New York, who is passionate about his craft. It’s the kind of music that can be enjoyed in any setting involving not only listening to the songs but experimenting with the different sensations it causes.

It’s total chaos, but a blend of sounds that transports you from one place to another without ever leaving your seat!

Watch his music video below. Check it out and follow the artist on Spotify.

Ontologist is an experimental band that makes a unique blend of psychedelic electronica, downtempo and chillwave music. Their latest album, Cantor’s Jams, is the perfect way to relax and let go of all your worries.

The main feature of this album is the cinematic effects such as birds, and the sea. He expresses very soft and short vocals that are often accompanied by an acoustic guitar.

They have a great sense of melody, which keeps you engaged throughout the album. The beats are very subtle and they allow you to focus on the tropical beat while still providing an interesting background soundscape.

You’ll find yourself drifting away into a world all your own as you listen to these relaxing jams! Don’t forget to follow the band on Spotify.

FANG SU is an avant-garde experimental band that is not afraid to take risks and push the boundaries of music. Their latest single, Temple Of The Dead, is a prime example of their bold approach to making music.

The song starts off with a series of ominous sounds that are accompanied by a slow, steady beat that builds into a rhythmic crescendo. Despite these sounds being very different from what we normally hear in a song, they serve as a perfect backdrop for the oriental ambience in which we find ourselves.

As the song continues, it becomes clear that FANG SU’s goal was to create an atmosphere that would put you in another world entirely. They succeed at this mission by interspersing moments where there are no vocals at all with moments where there are only one or two words spoken so softly that it almost sounds like someone whispering into your ear.

If you’re looking for something different from your normal listening experience, give this song a try! Follow the band on Spotify.