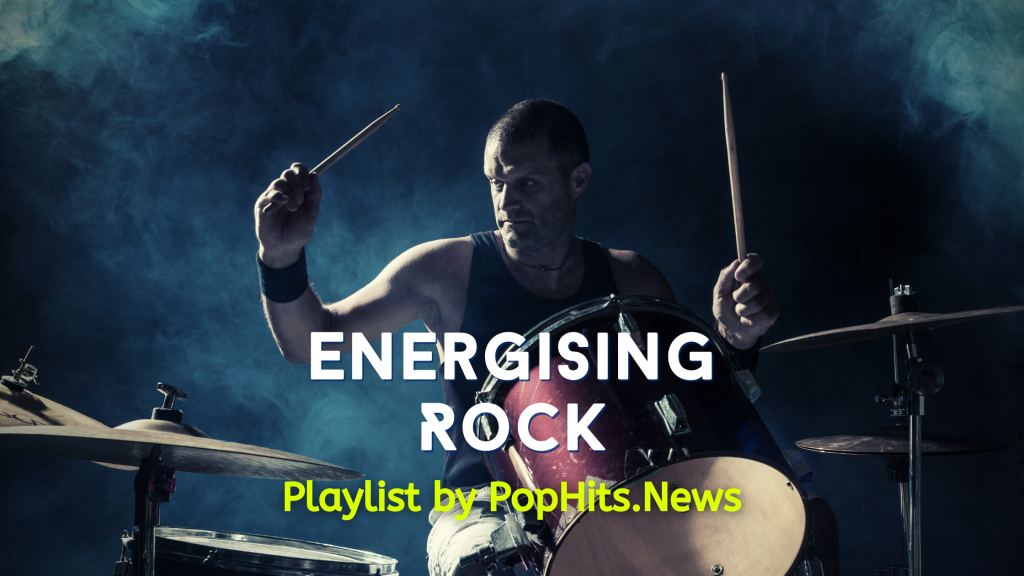 The world has produced many great musicians. Many people who listen to rock and alternative music have probably heard of some of these artists. But what if I told you that there are musicians out there you haven’t heard of, but who produce hit songs? You’d probably be surprised or even excited.

The fact is that, as a matter of fact, there are many independent and underground artists in the world that manage to produce great, fresh and creative music every day. This article will cover some bands you should know about.

You’ll find some fresh music here that you’re not going to hear on the radio. I’ve only chosen songs from artists who are outside of the mainstream. These songs and bands aren’t played on ordinary radio stations but they deserve to be heard.

You’ll find rock bands from all around the world who aren’t signed up with a major label and have released a song or an E.P that deserves to be heard by everyone. I’ve tried to select songs for this list that each stands out in their own right and make them quite different to your average radio-friendly rock song.

You can listen to our full playlist by clicking the button below or listen to each artist individually by scrolling down the page.

Indie-rock band Retrograde Conversations is back with a new single, Midnight.

Retrograde Conversations’ brand of indie rock is like a breath of fresh air. It’s melodic, it’s synth-driven, and I love it! I’ve been listening to this band for days now, and they never disappoint. Their single Midnight is no exception.

It’s driven by a catchy synth hook and features male vocals that’ll make you feel like you’re in the middle of a music concert from the past, I believe that this is all about the British culture that mix the past and present in fashion, music, etc., naturally.

Chris Fairbrother is the creator of Retrograde Conversations, a music project developed in a way that takes a look back at the past.

“I was inspired to write Midnight during a truly challenging moment in my life, while simultaneously blending elements of the early 80s indie music scene, it worked as the song has been played on BBC radio and the audience like it.”

Follow the artist on Spotify and if you haven’t checked them out yet, now’s the time!

The song is definitely more pop than rock, with a sound that’s reminiscent of 90s alt-rock bands like Smashing Pumpkins. It’s got a catchy chorus that will get stuck in your head for days, but at the same time, it’s still mellow enough to listen to while you’re doing chores or driving around town.

If you want to add some new music to your playlist and feel like listening to something indie and rock-influenced, this track is definitely worth checking out!

If you’re looking for some indie rock songs to get you through your day, look no further.

I’ve found a band called TATARELLA from Italy who released an awesome single called Lontano Dai Ricordi that you won’t be able to get out of your head.

This is the kind of music that is so catchy, that it makes you want to sing along and dance in your seat at the same time, even if you don’t speak Italian.

It’s got all the elements of a pop song—a strong beat, great vocals, and meaningful lyrics—but with an edge that keeps it interesting and fresh.

The guitar riffs are fun and upbeat, while also being slightly melancholic in tone. The vocals are clear and crisp as they float over the top of everything else going on in the background.

If you love alternative rock or soft rock music, this one is definitely worth checking out! Watch their music video below, and follow the band on Spotify to support them.

Lin Manuel by Onism E is a great indie rock single that has a lot of soul-rock influence. The song starts with soft drums and a mellow guitar intro, but it quickly picks up when the heavy drums kick in.

The vocals are soft and smooth, but they have a hint of grit to them that makes them feel more raw and real. I love this song because of the female vocals, it’s impressive.

As mentioned by the band, as a result of the pandemic, Lin Manuel is brought to you. Eline Chavez, the frontwoman and songwriter of the band, was also brought up by the stillness we all felt like a collective. The struggle she found is, as she discovered by talking to her friends who are indie artists, the everyday struggle they all face.

The song is full of energy—you can tell it was written to get you up on the dance floor. It’s perfect for a road trip or even just a quick jog around the neighbourhood. I highly recommend following them on Spotify so you can listen to their other music!

5) ALEXA LASH – Already Not The Same

If you’re looking for a new song to listen to, we’ve got just the suggestion for you: Alexa Lash‘s “Already Not The Same.” This single is from their upcoming EP and is a perfect blend of indie rock, singer-songwriter vibes, and melodic pop/rock.

The song starts off with soft guitar chords before building into a full band sound. It’s a love song that tells the story of a relationship gone wrong—but it’s not all doom and gloom! Instead, it’s hopeful and hopeful with lyrics that can put you open-eyed reflexively.

And the music itself? It’s got plenty of energy to keep your heart racing long after you’ve finished listening to the song. My favourite track is Stay Over, check it out!

If this sounds like something you’d enjoy listening to, be sure to follow Alexa Lash on Spotify so they’ll be able to show you more great stuff like this in the future!

6) RICH CHAMBERS – I Saw Her Standing There

This is the kind of song that is a cover but can make you get up and dance. Featuring rhythm, the guitar solo, and when the vocals all come together to create an amazing song that can’t help but make you move.

The Canadian singer Rich Chambers has a beautiful voice that makes you want to listen to every word he sings—even if you don’t know what they mean (which is fine).

The lyrics are catchy and easy to understand, while also being meaningful and thoughtful in their own way. This is a great song for anyone who loves classic rock with a twist of bluesy soulfulness—it’s something you can listen to over and over again without getting bored or tired of hearing it!

I highly recommend checking out this single if you’re looking for something new and different in the indie rock genre. Watch his music video and follow the artist on Spotify to show your love.

If you’re looking for an indie rock anthem that will remind you of the good old days, then look no further than GRAVE RETURN‘s new single, Rocket Summer, it’s live peformed!

This song has it all: hard-hitting guitar riffs, soaring vocals, and a chorus that’ll make you want to put your fist in the air and scream along.

It’s got an alternative vibe without being too obscure or weird—you can jam out to this one even if you’ve never heard of GRAVE RETURN before.

This is DCxPC Live’s 6th release and our 3rd done as a split 7″.

“Our releases have gotten considerable coverage and a positive response from the hard rock community, and I have no doubts that fans of punk, punk rock n’ roll, etc., will enjoy this release as much as the others.”

A limited edition of 150 copies of this album will be pressed on red opaque vinyl. There is a good chance that it will sell out within months, if not sooner.

The band is based in Orlando, US, and their sound is inspired by their love of American heavy metal music, so if you’re into hardcore punk rock or alternative music—and who isn’t?—then check them out on Spotify!

When you’re feeling down, it can be tough to find a song that will help you get out of your funk. But if you’re looking for an alternative rock track that’s totally worth your time, look no further than SNAKEDOCTORS‘ single “Crime Story.”

This song is dark and brooding, but also upbeat and optimistic. It’s a great sound for anyone who likes the grunge era or old-school synth music. You’ll love the male vocals, which are full of power and emotion.

As mentioned by the band:

“Our influences go as far as new wave, darkwave, grunge, post-punk and rock. This time except for regulars from Abbey Road Studios and Metropolis Studios we manage to engage in work on the new album guys who actually worked with Depeche Mode, Yazoo, The Cure, The Mission, The Kinks, Erasure and David Bowie”

If you’re into the darker side of the genre (like we are), then this is an ideal pick for you! Follow the band on Spotify.

One of the best parts of being an indie artist is that you get to do exactly what you want. And SQUARE TUGS have found a way to make that work for them, and we’re all better off for it.

Their latest single, “Fat, Drunk, Stupid”, is a hard rock anthem that’s just as much fun to listen to as it is to watch them perform it live. The band’s sound is rooted in punk rock but takes on a more alternative vibe thanks to their use of guitar riffs and catchy vocals.

SQUARE TUGS has been playing together for some time, but this is their first release in 2022, also these guys have already managed to gain quite a following in their home country of Australia, Brisbane.

If you’re looking for some new alternative music to listen to this month, then look no further than SQUARE TUCKS and follow the band on Spotify.

AINSLEY COSTELLO is a singer-songwriter who’s been making waves in the indie rock scene for her unique style. Her latest single, “Little Sister,” is a melodic pop-rock tune that will have you singing along to its catchy chorus and tapping your feet to the beat.

The song has a commercial pop feel and features Costello’s expressive vocals over gentle guitars and drums. The lyrics are uplifting, so if you like indie music with an edge, AINSLEY COSTELLO is definitely an artist you should check out!

Performing in school talent shows and musical theatre has been a part of Ainsley’s life since she was seven years old, this girl is pure music business!

This song is perfect if you’re looking for something to listen to while driving or taking the subway home—it has just the right amount of energy without being too intense. You’ll be humming along in no time!