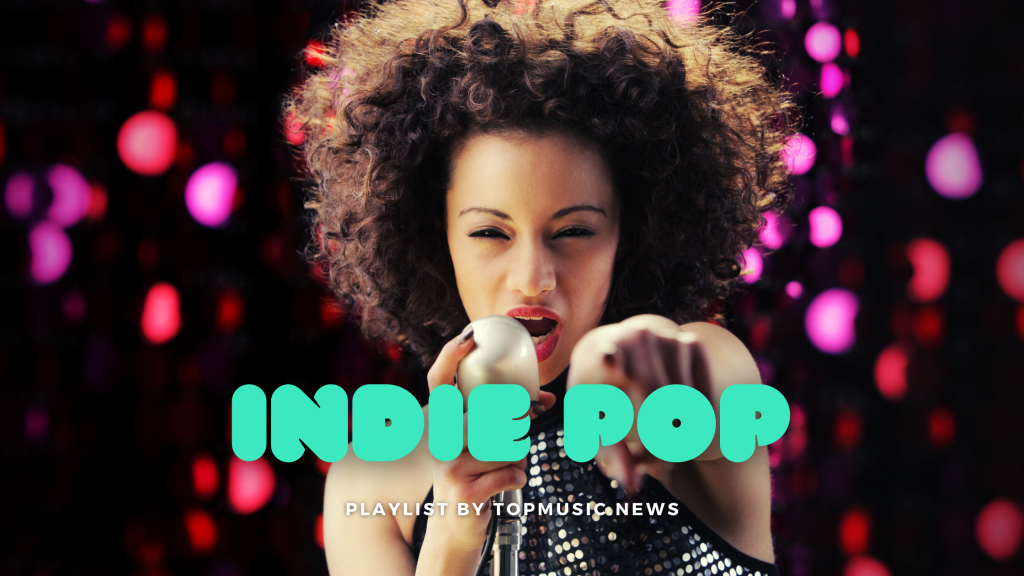 As an indie-pop music fan, I’ve always enjoyed discovering new bands and the latest songs. Indie pop music is characterized by several subgenres but what it has in common with other mainstream genres like country, rock or hip-hop is its ability to speak about the authentic experience through simple melodies.

Since indie-pop bands often don’t have many resources beyond the members’ talent and their passion for music, most of their music sounds more thoughtful and authentic rather than just polished. These independent artists are the best incubators of new talent because they’re free from big machine marketing strategies that we often find in the mainstream music industry nowadays. My list includes some established indie-pop bands, but also some surprisingly good newcomers who haven’t been discovered yet.

You can listen to the bands and artists individually, and also follow our playlist by clicking the button below.

“On My Own” is about the struggle that comes with break-ups. You want to go back to them, but at the same time you don’t want to love again, this feeling is highlighted in the beautifully sung chorus. The EP features Lil Zib himself singing and rapping parts of each song with a different person singing on each track. The production is raw but passionate; the lyrics are insightful but relatable.

This pop band is a modern take on the classic indie pop, hip-hop and R&B sound. It is best described as an alternative love song with a soulful twist. It has a warm, peaceful feel to it. I like how instruments are used delicately but set apart in the track, creating a beautiful harmony that could make anyone happy. The lyrics of this song really tell a great story that any listener can relate to about love and loss.

This band is so talented and has so much potential for greatness in my opinion; I will definitely be keeping my eyes peeled for more songs from LIL ZIB! Follow them on Spotify.

If you’re looking for a soulful, pop artist with a quirky yet dance-worthy sound then you should check out JAY D’ANDRE.

He is a pop artist from the United States, Indianapolis, who has truly developed his own unique sound. With his newest single, Take Me With You.

The style of this song really stands out and appeals to so many people because of its musical arrangement, which features some great 80s vibes throughout.

The music of JAY D’ANDRÉ is one you can tap your foot to, with a colourful blend of R&B, Soul, Pop and Alternative all in one. His latest single “Take Me With You” is no exception, with its infectious lyrics and catchy beat that makes it easy to listen to.

Check it out and follow the artist on Spotify.

Robin Shaw is the latest pop-based artist making waves in the music industry. He has a fun and quirky sound, with a distinct northwest feel to it. Robin’s latest single called Today’s Generation is bound to make new fans of his music and mark him out as an artist on the rise.

The best thing about Robin Shaw is that he really puts his heart into his work – using real instruments rather than autotune gives his music a heartfelt edge that hasn’t been seen in the indie-pop scene!

Whilst listeners may be divided over whether they prefer “Fight Or Flight” or “Higher Stakes”, there is no doubt that Robin’s music will appeal to all of them individually and come together under one roof once more to listen to his song.

Listen to his songs and follow the artist on Spotify.

The song No Pressure by ATEM S is a very good song and also funny. At first, when I heard it, it seemed more like an alternative experimental song but as I listened to it more and more it became a lot more pop than alternative.

The song starts with some nice melodic synth and then goes right into some power pop style guitar riffs with vocals which give the lyrics a meaning even more. He sounds like a very talented artist with something to say in his song.

The reason why I like this band is that they give me hope that there are still great artists out there like this who aren’t all about sex, drugs, drinking and partying anymore just trying to find meaning in their lives through art.

Follow the artist on Spotify, they deserve our support.

5) DEGRAY – Burning Me Within

The first song off DEGRAY‘s new EP entitled “Burning Me Within” opens with light cinematic effects and a subtle drum that build into a melodic chorus.

The tone of Burning Me Within is one of longing and isolation with lyrics that speak to the bittersweetness of life.

In my opinion, this is another fantastic synth-pop release from DEGRAY. The upbeat single, “Burning Me Within,” is reminiscent of the more popular alt-pop band from some years ago. The atmospheric songs on this EP are perfect for an evening drive on a rainy day. This artist has a beautiful voice and puts it to great use throughout this entire EP.

For lovers of folk-pop music, it’s hard to find new artists with a fresh sound. Chandler is that guy. His EP Brent is five songs that make you want to tap your foot and sing along.

The songs have bright and unique sounds that I couldn’t compare to any other artist. The beats are catchy and poetic lyrics will leave you in awe after each listen.

Chandler’s voice is smooth and soothing yet passionate when the song calls for it. His production and style mixing ability is amazing as well; he skillfully weaves chord progressions together in such a way that creates an almost floating feeling throughout the piece.

I was reminded of Fleetwood Mac’s “Albatross” when listening to his song “Molly.” The softness is the same, and I loved it.

Whether you like folk-pop music or not I think anyone can enjoy Chandler’s Brent EP.

Watch his new music video, listen to the full EP below and follow the artist on Spotify.

The latest album of MITCH DAVIS is a masterpiece. We’ve never heard such a sound as this in all pop music before. Reviewers say that his songs contain some ingredients of classic rock, jazz and soul to make them unique.

The Haunt is an album packed with ten songs, each one playing with a different style. There’s a purple funkiness in Left Inside, dreamy jazz-pop in Idle Day and rock ballads like What You Say and Let It Die. This is music that takes you on an adventure while keeping you grounded in your own reality. All the more reason to get lost in the music!

You can find even Bossa Nova mixed on this pop album as in In The Morning, really, it’s impressive.

He’s going popular among the producers right now, so if you want to be part of his fandom and listen to his songs online, don’t hesitate!

Certain is a very talented, female pop-rock singer-songwriter from across the pond. Her voice is very soft and her music is even better!

Her latest single It’s Alright sounds like they’re straight out of an 80’s movie. The upbeat tracks range from upbeat danceable pop sounds.

This single is one of the best pop-rock singles I have heard lately. The vocals are clear, with a voice that reminds me a little bit of Sarah Blackwood from The Joy Formidable.

The music has an indie feel to it and is easy to listen to. The lyrics are also easy to relate to and understand as they speak about feeling lost but still making your way despite everything. This single deserves 5 stars out of 5 in my opinion!

If you love country songs, or just want to start getting into the genre, then you should be looking at SEE YOUR SHADOW‘s new single Missing West Virginia.

This song is a unique mix between classic 70s country and contemporary country, with that flavour of pop. With his deep voice and western style, this artist has created a great work in Missing West Virginia which will be enjoyed by all fans of pop independent music.

Missing West Virginia” is a beautiful country pop song about a man missing his home and family in West Virginia. The artist writes about his life growing up, how he misses some people that made it special, and how much he wants to go back. It is an inspiring song with beautiful vocals, heartfelt lyrics, and an uplifting melody.

Watch his music video, and follow the artist on Spotify to support his work.

DJ MODERNO returns with more dreamy and cosmic synth-pop, with many references to sci-fi film effects.

La Nave Nodriza (maybe it means “The Tug Boat”) is a dreamy, electronic pop song that puts the listener into a relaxed mood but by like who still wants to dance.

This trendy millennial music will be sure to be loved by those who appreciate modern electronica and EDM.

Seems like it is about times, retro and warm, at others futuristic and cold, this is about the atmosphere of technological utopia and of great expectations for a new age that will change our lives in every possible way. We are waiting for it eagerly.

The independent music industry is giving us the chance to experience a new era, to get to know very diversified artists, and I can tell you that this is the beautiful part of my work here.