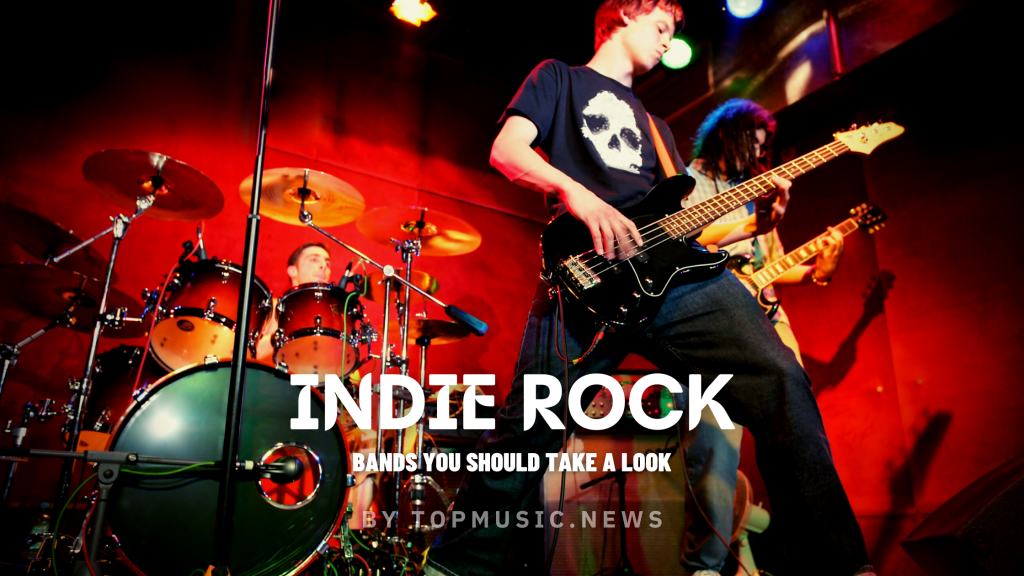 Music is considered a universal language and has the ability to transcend boundaries and create bonds between people. Indie Rock bands, who are rapidly gaining popularity across the world, are on a mission to liberate their generation.

If you’re a fan of indie rock music, you are probably familiar with at least some indie artists that are currently making it big in our industry. But what about the others? The ones who haven’t been heard by mainstream audiences yet.

They’re the ones that deserve recognition and fame, too. The bands and solo artists on this list were all found using different search methods for locating new independent music. Hopefully, this can help you discover your next favourite band to add to your playlist.

Indie Rock is the label that I use to categorize artists that make music without major record labels. Indie Artists are those bands and musicians that create a unique style of music.

They produce, perform, manage, sell the products and everything else involved in the production of their music. There are of course other styles of music like Rap, Hip Hop, Country, Classical and others.

All of these are created by individuals and or small groups as well. But indie rock often (but not always) has a sound that is more alternative or edgier than say rap or country. That’s what we are talking about.

When it comes to modern rock music, we’re talking about bands & artists who were born in the 20th or 21st century. And at the end of the day, what defines a “modern” band is that they no longer write or perform teen-pop music.

They are different psychologically and aesthetically. They’re true independent rock music artists who don’t listen to Britney Spears while they write. If you are into this kind of music, then this article is for you, you can listen to our full playlist or know more about each artist individually by scrolling down the page.

If you’re a fan of indie rock but are looking for something a little different, we have a suggestion for you: check out the new album from UNFORTUNATELY STEVEN.

The twenty-track EP Groovy Avocado Disco is a great example of the genre’s fusion with elements of country, 70s-style pop, and rock. The singer-songwriter’s work is full of catchy melodies and sweetly sung vocals that will leave you humming along. Especially the track The Art of Failure, it’s really good.

UNFORTUNATELY STEVEN is based in Los Angeles and they have been playing music since a young age, they are very experiencing. Here’s what we love about them: their full band sound; the singer-songwriter vibe; the country-rocky vibes; and of course the fact that they’re all so talented!

If you’re looking for something new to listen to, give them a listen today and follow the band on Spotify!

If you love pop-rock and classic sounds, then you should check out BURLINGTON‘s new album Daylight Sipping. The singer-songwriter band is based in the United Kingdom, London and has a sound that is described as “pop-rock” with “mature vocals.”

The album features eleven tracks that are all beautifully written and performed. If you’re looking for music to listen to while driving or relaxing at home, this is it!

BURLINGTON has been around on Spotify since 2020, so there are a lot of other singles for you on their profile. If you’re looking for something new to listen to this month make sure you follow them on Spotify.

3) AND THE BROKEN – The Black And Blue EP

And The Broken is an indie rock band based in Malmö, Sweden. Their new EP, The Black And Blue EP, is a three-song collection of melodic pop-rock with tinges of classic sound and art-rock. It’s a great addition to the ever-growing catalogue of Scandinavian alternative music!

The track Evening Sun is our favourite. The song is an anthemic track full of melodic indie pop-rock goodness with just a hint of art-rock flair. The singer’s voice is full and rich, ringing out with rhythmic rocky sound as it breaks into a classic sound that will make you want to sing along in no time.

Overall this album is great: it has all the elements needed for an epic indie-rock anthem: killer guitar solos, catchy choruses, and even some gorgeous piano riffs thrown in there too! If you’re into rock-pop music at all then you need to check out this. Follow the band on Spotify!

4) THE MARS MCCLANES – The Worriers

This week, we’ve got a new single from The Mars McClanes, a band you probably have never heard of but really should take a look at.

The Mars McClanes are an indie rock band that’s based in Portland, Oregon, and they have just released their first single “The Worriers” on Spotify.

This single is a great example of what you can expect when listening to indie rock: it’s catchy, melodic and has elements of pop rock and pop music in general.

It has male vocals which make it sound different from other similar songs out there today – all in all it’s a great track that deserves your attention! Check out and follow the band on Spotify.

If you’re a fan of indie rock, alternative, post-rock, or new wave music, you probably already know about some of the artists who have been putting out great albums in the past few years. But there are plenty of other amazing artists out there that you might not have heard of—and that’s where this article comes in.

Check out this new album from VEHICLES and see if you can’t find a new favorite artist. The band is based in the United States, Wichita, KS, and their new album is called Belief in Habits.

This album has all the makings of an indie classic and I can tell you, Cody Cloud delivered 11 tracks in the right path, Diamonds and Rhinestones could be on the radios right now, on a Netflix series or even on cinema as a hit soundtrack.

Their songs are all very melodic, not simple, but with catchy melodies. It is that category for those looking for chillout vibes, cinematic moments, synth effects…the works! And it’s all available on Spotify, it’s totally worth checking out and follow the band.

If you love sweet-sounding indie rock, you have to check out COLLECT CALL. They’re a British band based in Brighton, and their latest single is a cover of the classic alt rock song “Temporary Secretary” by Paul McCartney, which you can check the original below.

The singer’s vocals are super dreamy and smooth, and the band’s instrumentation is light and airy. It’s got a garage rock vibe that makes me about the 70s and the starting point of the video games era.

If you like this song as much as I do, check out COLLECT CALL’s Spotify page—they’ll be sure to keep making more music that sounds just like it, don’t forget to follow the band.

7) ROBBIE RAPIDS – Who Shot Them Down

Robbie Rapids is a band from Atlanta, Georgia that you should be listening to. Their new song, Who Shot Them Down, is the perfect mix of alternative rock and slacker.

The song starts out with an electric guitar that’s reminiscent of a slacker rock sound from the 60s, but then it morphs into something more indie rock with modern production effects, but still that characteristics of garage rock.

The singer has a great voice and sounds like an American version of Thom Yorke from Radiohead. The lyrics are meaningful and have a message that you can connect with.

If you’re looking for a new band to check out this month, make sure you check out Robbie Rapids and follow the artist on Spotify!

If you’re looking for some fresh new alt-rock to get your heart pumping, check out this singer called PAOLO MIANO. The band is based in Italy, and their latest song, “Senz’amuri,” is the perfect way to kick off your weekend.

The track is a mix of dark-pop and cinematic sounds with male vocals that will have you swooning in no time. It’s great for any occasion: just enjoy a good moment with great music, or working out, driving around town, or just hanging out with friends. As mentioned by the artist, it’s a mix of sounds, from America to Europe:

“Senz’amuri was born from one of the many tunes conceived when I wake up, in this case sounding like a field holler in the balance between the blues of American cotton plantations and the folk songs of Sicilian farmers.”

PAOLO MIANO is definitely worth checking out if you’re into rock music with cinematic influences or pop-rock tunes with alt-rock sensibilities! Check out and follow the band on Spotify.

The singer AINSLEY COSTELLO is based in Nashville and has just released a new song called “Two Ships.”

Her sound is 90’s rock with a melodic pop-rock flair. The song is upbeat and catchy, with delightful female vocals. It has a soft-rock feel to it, with an anthemic quality that makes you want to sing along.

She’s quickly becoming one of our favourite new artists, and we can’t wait to hear more from her in the future.

If you’re into 90’s vibes, melodic pop-rock, and singer-songwriter music then this is definitely an artist you’ll want to follow on Spotify! Check out her music video and tracks and follow the artist to support her work.

Indie rock siger SARANTOS is bringing the 80’s vibes with his new single, “Father’s Day.” The singer-songwriter has a soft voice and a classic sound that reminds you of the old school rock bands.

The song is about a young man who is celebrating the father’s day. He talks about family and love and has a music video representing that his father has been there for him throughout his life and how he feels grateful for that.

SARANTOS is based in Chicago, Illinois. He has released sixteen albums on Spotify so far, a work that is being published since 2014. So he has plants of material for you to check.

If you like what you hear from this artist, check out some of his other songs on Spotify and follow the artist to support his art.